Penn study finds multiple ‘proteinopathies’ present in most neurodegenerative diseases, expanding treatment to target more of them may prove successful.

PHILADELPHIA – Nearly all major neurodegenerative diseases – from Alzheimer’s to Parkinson’s – are defined and diagnosed by the presence of one of four proteins that have gone rogue: tau, amyloid-beta (Aβ), alpha-synuclein (α-syn), or TDP-43. As such, investigational drugs and studies aimed at preventing or slowing the disease often hone in on just one of these respective proteins. However, targeting multiple proteins—known as “proteinopathies”—at once may be the real key, according to a recent study published in Brain by Penn Medicine researchers.

These so-called “proteinopathies”—misfolded proteins that accumulate and destroy neurons—co-exist in varying degrees across all of the different neurodegenerative disorders and may instigate each other to drive disease severity in many aging patients. The prevalence of these co-pathologies suggests that each disease may ultimately require combination therapy targeting multiple disease proteins, and not just a single therapy, in patients with both early and later-stage disease.

“Historically, the focus of most clinical trials has been on targeting the primary 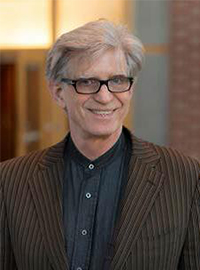 pathological proteins of a given neurodegenerative disease such as deposits of tau and Aβ for Alzheimer’s disease, but we see now that many of these disease-related aggregated proteins affect most older patients across a full spectrum of clinical and neuropathological presentations,” said senior author John Q. Trojanowski, MD, PhD, a professor of Pathology and Laboratory Medicine and director of Penn’s Institute on Aging. “This gives us additional leverage to find ways to detect patients’ specific proteinopathies with increasingly sophisticated biomarker and imaging technologies. This will allow us, and other researchers, to better match participants with specific targeted therapies in clinical trials.”

The study—which analyzed 766 autopsied brains at Penn’s Center for Neurodegenerative Disease Research (CNDR)—revealed that patients with more severe forms of their diseases had more co-pathologies. Researchers also found that increased age and the presence of the APOE ε4 allele—a typical gene variant associated with an increased risk for late-onset Alzheimer’s disease—are risk factors for co-pathologies.

While co-pathologies have been observed in Alzheimer’s and Lewy body disease, tau, Aβ, α-syn, and TDP-43 co-pathologies are rarely reported in the other neurodegenerative diseases.

In several neurodegenerative diseases, co-pathologies increased more considerably. For example, in patients with Alzheimer’s disease (tau and Aβ deposits are the primary signatures), α-syn pathology—similar to that of a Lewy body—increased by up to 55 percent and TDP-43 by up to 40 percent.

The findings not only show a high prevalence of co-pathologies, but also suggest a patient’s primary pathological protein may influence co-pathology prevalence and severity, as shown in patients with Alzheimer’s and Lewy body disease patients.

These findings support the “proteopathic seeding” hypothesis that has been previously established in model systems of neurodegenerative diseases. Misfolded proteins may directly “cross-seed” other normal, vulnerable proteins to accumulate and clump via a cell-to-cell transfer of toxic proteins.

“Our study is an important first step in understanding the extent to which co-pathologies present in and impact all neurodegenerative diseases,” said co-author Virginia M.-Y. Lee, PhD, the CNDR director and a professor of Pathology and Laboratory Medicine. “Now we need to probe these protein-to-protein interactions more closely to better understand how they progress in patients’ brains, with an eye toward clinical studies that combine targeted therapies to halt or slow accumulation of these disease proteins.”